The Healing Herb was directed by Kate and Paul McCarroll, whose previous films include The Last of the Name and Outcasts by Choice.

You may need to register with Vimeo – takes 30 seconds.

What is featured in the documentary?

What is Herbal Medicine ?

Ask anyone you meet, and they may tell you that they’re not really too sure, and yet they may recall something their grandparents once told them about a curious treatment or an old cure involving plants that was used long ago. This old knowledge is at risk of being neglected and forgotten. Should it be left to the realm of history and folklore, or has it something still to offer us?

This ancient form of medicine seems to be recovering its popularity, due to an ever-increasing demand for a “natural alternative” from people whose healthcare issues are not addressed by conventional medicine. 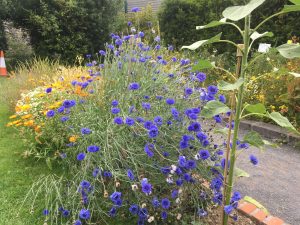 Herbal medicine is a way of life that celebrates Nature and living in harmony with natural cycles to keep health in balance, yet its practitioners have often found themselves on the fringes of society. Why is this so? Herbalists who dedicate their lives to healing have often found themselves marginalized, with their detractors stirring up fear about herbal medicine, saying that there is a lack of evidence  – despite it being the oldest system of medicine on the planet!

Why is Herbal Medicine seen as competing with, rather than complementing conventional medicine?  Is there a way forward, which can benefit all?

According to the World Health Organization (WHO), upwards of 80% of the world population use herbal medicine as their primary system of healthcare. Only in the developed West has herbal medicine been superseded by the sophistication of modern medicine and pharmaceuticals.  By moving away from nature, are we risking the sustainability of our future?

So, what does herbal medicine have to offer? Is it an archaic system that should simply be allowed to fade into history, or can it offer solutions to the increasing burden of disease? And what of the comparative costs between pharmaceutical drugs with their prohibitively expensive clinical trials, and sustainably harvested plants which may also boost local economies?  Is affordable healthcare a realistic societal goal?

Herbal medicine also offers a different perspective on the environment. In this film, we will consider the sustainable use of wild-crafting and organic cultivation of plants – for this means that medicines can be made be made locally and inexpensively. Such approaches are becoming increasingly important in the face of Climate Change. 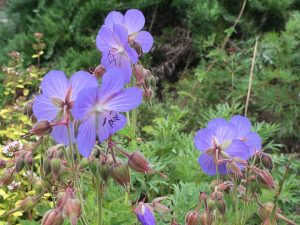 So, are herbalist-practitioners a bunch of quacks and well-meaning romantics? Or are they serious clinicians whose guidance and experience can help people to take back control of their own health and lives?

This documentary aims to reveal what herbal medicine is, and how it can benefit the general public on many levels.

In recent years, great advances in technology have allowed doctors and surgeons to treat and cure people in ways that were previously unimaginable – particularly in areas such as microsurgery, robotics, and cryosurgery.  However, there has also been a growing realization that science and medicine do not have all the answers… 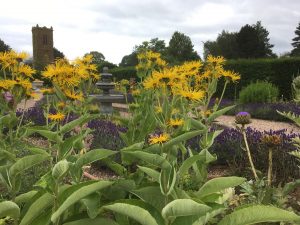 Something in modern healthcare isn’t working – in part because the current medical system has become so expensive and unwieldly that it cannot cope with the sheer volume of people needing help. There are not enough beds; waiting times are getting longer; there are not enough doctors and nurses; there is not enough money, and so on… This is one reason why the WHO has put forward its Traditional Medicine Policy calling on member states to consider integrating Traditional medicine systems such as Herbal medicine into a modern healthcare system as an urgent matter of global healthcare sustainability.

Additionally, for many people, modern medicine is simply not working: many drugs or procedures are ineffective or cause unwanted and sometimes serious side effects. Modern medicine excels in diagnostic and acute medical situations, but there is also a tendency to address the symptoms, rather than unravelling and dealing with the actual causes of the disease. For the herbalist, most chronic diseases are based on diet and lifestyle factors. Addressing disease with a focus on root-cause is the cornerstone of herbal medicine. 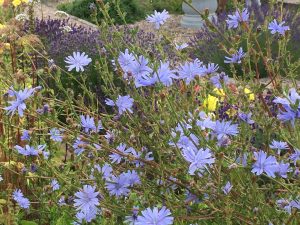 The advent of the internet has seen a paradigm shift towards natural foods and natural medicines. This film needs to be made out of a moral duty to educate and empower people and show them what other options are available, so that they may make informed decisions about their health.  Our intention is to ask questions about what’s currently in place in modern medicine, and why the public are not offered a choice in regards to healthcare.

What will be featured ?

Many people can recall their grandparents using herbal cures for common ailments, yet this knowledge and this connection with Nature seems to have been lost over the last few generations.  This is partly due to the advent of allopathic medicine, and the creation of national medical programs, which promote and subsidize GP visits.  The huge advances in modern medicine have also been a key factor in this change.  However, many doctors will admit that their focus is primarily on reactive, rather than preventative medicine: treating specific ailments, rather than focusing on nutrition and general health.  This has created a demand for herbal practitioners.

The Pharmaceutical Industry is a relatively recent phenomenon.  It has emerged over the last century, and it now dominates medical practice, education and research.  In parallel, there has emerged a tendency to limit other choices in medical care by deeming them complimentary or alternative.  And so, Herbal Medicine, which has existed for thousands of years, is now described as “alternative”; while pharmaceuticals are classed as “conventional”. 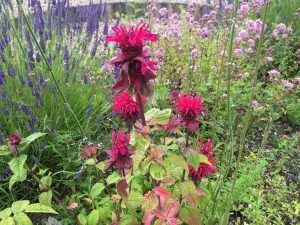 A high proportion of the pharmaceutical drugs in daily use are actually derived from or are a synthesized replication of elements found naturally in plants. This film will challenge the concept of isolating “active ingredients” for making drugs, because side effects are common with isolated compounds from plants, effects which are rarely seen in the use of whole plants. Is it possible that herbal medicine was marginalized simply because the Pharmaceutical Industry cannot get a patent on a plant?

In 1995, a US company was sensationally awarded a patent for turmeric.  Yes – Turmeric!  The patent was subsequently over-turned following representations from the Indian Government, using ancient documents which showed it had been used medicinally for hundreds of years.

This film will also examine the history of herbal medicine in Ireland from the Druids of legend to today’s modern practitioners, including interviews with historians and views of some of the ancient manuscripts preserved in Irish museums.  We’ll consider the long continuity of use and the reverence steeped upon the famous physician families of Ireland, who almost exclusively used herbal medicine.

This film will also include herb walks, sustainable foraging for herbs and fungi, and uncovering the medicines available right on our doorstep – in gardens and hedgerows, meadows, coasts, and forests.  We will then show how easy it is to create herbal remedies at home, using these plants. Online links will be provided, so that audience-interest can be followed up in a practical way.

Another focus of this documentary will be on Climate Change and our relationship to the environment.  The risk of species and habitat loss has increased exponentially and hundreds of thousands of species are now at risk of extinction in our lifetimes, if we fail to act. Therefore, the need for a sustainable healthcare system which can be local and sustainable has never been more urgent.

Herbal medicine also has its critics who demand that herbs need to be evaluated by clinical research.  We will address this in the film, as well as considering the boundaries and limitations of herbal medicine.

Primarily this is a film concerned with Health, Environmental Responsibility, and Opportunity. Ultimately, it’s about the joy and the rewards of re-connecting with Mother Nature.

This film is both a poem to Nature and a call to action!

Our heartfelt thanks to all of those who support us and take action to inform and remind the public of this knowledge, which we see as our birthright.

Below: a clip from our interview with Rocio Alarcon